MacBook Air 2020: Features that Can Revive its Greatness Again! 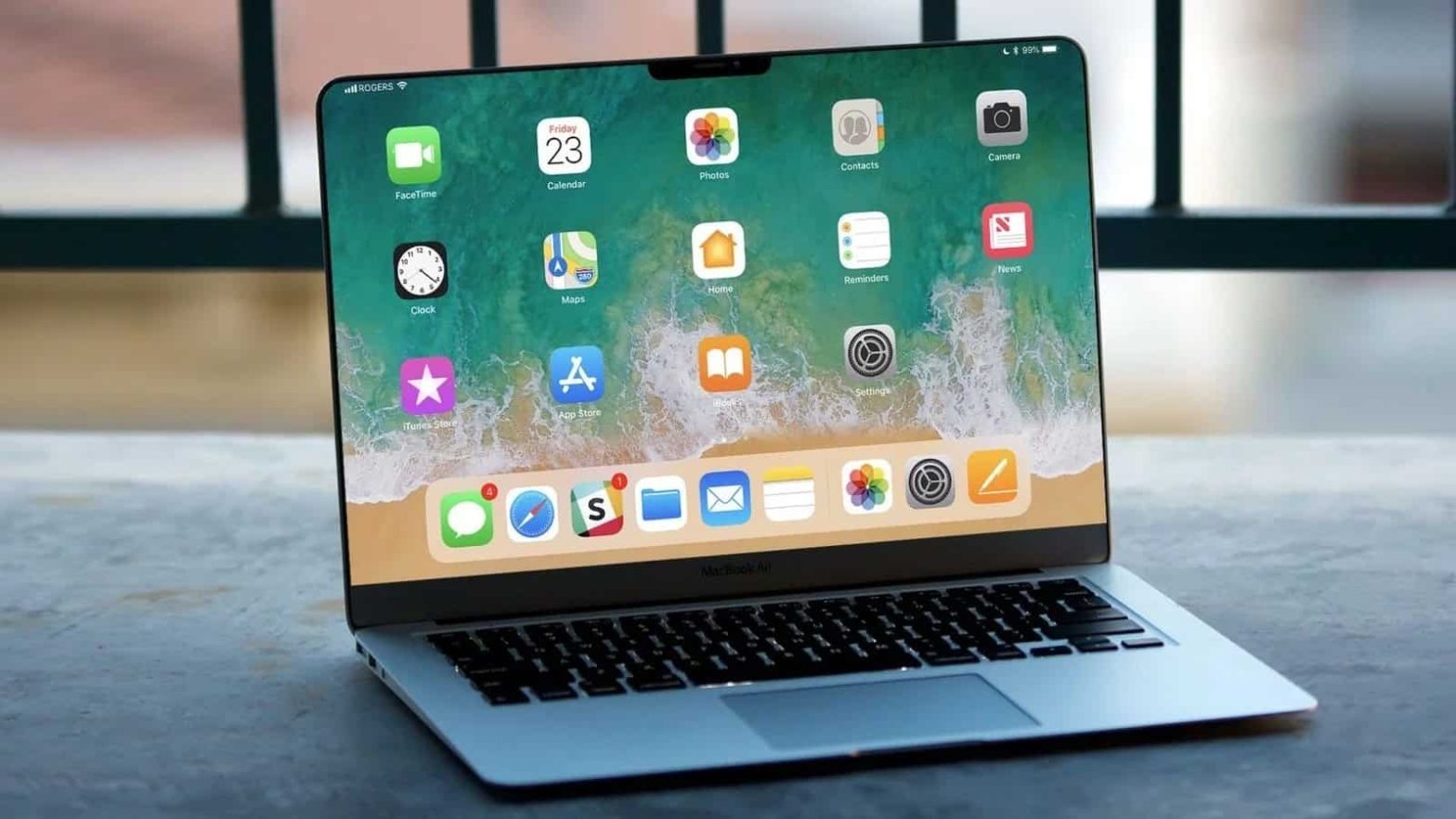 There is no denying the fact that Apple is the king of electronic gadgets! It has managed to produce portable alternatives to Windows that are superior to the rest also. Apple has always been on the top of its game for its lightweight and sleek design, for its sharper resolution screen, better speakers, and whatnot! Well, when someone offers you good features from the very beginning and also sustains the standards with new innovation and advancements, then it is most likely that the customers and clients tend to expect more. When the MacBook Pro battery Singapore standards are considered, people expected more this time. However today, the case is not exactly the same—the winning streak of Apple is arguably in trouble, especially in terms of the MacBook Air. The best part about the MacBook Air is a pretty simple and successful one: a lightweight laptop that never compromises on performance. And, since the case remains such with the modern MacBook Air, it can’t be considered the absolute best ultrabook. Here, the ever-consistent Dell XPS 13 has proven its worth in terms of power and is also better in every aspect than the MacBook Air.  Not to mention that today, there is an increasing number of laptops that are arguably better than the MacBook Air in nearly every regard. The Acer Swift 5, Surface Laptop 3 13”, and LG Gram 14 are a few examples. Also, other manufacturers such as Lenovo, Asus, and HP are emerging as powerful electronic giants. Now, if Apple wants to be on the top of its business at producing the best ultrabooks, then it is for sure that it has to up its game in several key areas for the MacBook Air 2020. So, what are the areas Apple can really work on? What more is demanded by Apple users? Get all these answers below. Here are some friendly suggestions to Apple to include or upgrade certain features for a better result:

1.  An Upgrade to Intel’s New Processor

Indeed, Apple has developed a reputation for its products that are more powerful (if not all, then most) than its competitors. Not only this, it always makes sure that each component used in its electronic gadgets is technologically advanced. Unfortunately, that isn’t currently the case with the MacBook data recovery Singapore that sports the Core Chips of the 8th generation. Intel, on the other hand, has progressed onto its 10th generation chips, and compare others such as Dell, Acer, Microsoft, and Razor, which were quick enough to implement the latest processors’ version into their laptops. Whereas Apple has kept to its own cycle and not upgraded its Intel with the latest one.

Users face issues with this lagging-behind problem making it significantly less powerful than its competitors. The last time the MacBook Air was benchmarked, it only witnessed a Geekbench 4 multi-core effect of 7820. But here, the best part is that Apple can easily catch up and beat its competitors as soon as it strikes the deal with Intel to start using the latest 10th generation Ice Lake processors.  That will surely make MacBook Air performance better and speedier. You can also expect more when it enables the support for Wifi 6.

When it comes to MacBook’s design features, its keyboard can bring controversy to the table. Most of the users, even the loyal ones, were not impressed by Apple’s keyboard’s uncomfortable shallow keys when it shifted over to its butterfly switches. There were many reports regarding the keyboard and its tendency to jam if the tiniest thing is trapped underneath. The newest MacBook Pro (16’’) depicts a huge U-turn for Apple, for it ditched the butterfly mechanism to favor the traditional switches. This move was appreciated by its users in the MacBook Pro 16 reviews. Also, Max Parker said, “It really is a pleasure to type on and a massive improvement if you dislike the previous keyboard.” Well, it is a complete no-brainer action to bring scissor switches to the MacBook Air and eliminate the infamous butterfly keyboard from the MacBook’s upcoming versions.

3. Make it even lighter

The USP of the MacBook Air is in its name—MacBook “AIR”! It is unbelievably lighter than its competitors or was believed so when it was first launched in 2008. Speaking of the modern-day MacBook, it is 1.25 kg in weight and is considered the standard for ultrabooks. Since then, we have seen an amazing surge in the laptops that are significantly lighter than the MacBook Air; a few examples are the Acer Swift 5, and the LG Gram 14, both weighing 1 kg or less. Certainly, the weight is not a big issue even if the MacBook Air still continues to weigh 1.25 kg; other models such as the Surface Laptop 3 13” model weigh more. But, if Apple desires to retrieve its sash and crown as the king of ultrabooks, then this aspect is certainly workable.

A bit of a wild card which is least likely to be implemented by Apple, but users would definitely love it if Apple is willing to introduce more color options in the range of MacBook Air.  At present, there are only Gold, Silver, and Space Grey options available. We understand that it has been a standard for Apple, but users might be interested in being offered more options in any area. Compare it to its competitors such as the Surface Laptop 3, which is available in flashy colors to catch the eyes of the interested users.

It is available in Cobalt Blue and Sandstone, which serve as a treat to eyes and a great alternative to the obvious colors—blacks, blues, and silvers. With the launch of the iPhone 11 in six colors including red, purple, yellow and green, users are now hoping that in the near future, MacBook will introduce a plethora of colors that will lure more users. Believe it or not, it could be a great advantage in turning new users towards Apple.

5. Bring Face ID to the MacBook

Imagine the world where you are able to unlock your MacBook simply by giving a glance This could offer a lot more advantages when it comes to security. Not to mention that this feature can save a lot of time over complex passwords and will better the overall experience. However, Apple already has this technology installed in the form of Face ID on its other electronic devices—iPhones and iPads. With the MacBook featuring a webcam, the laptop doesn’t require much aesthetic change or requires anything like the divisive notch that has been seen on the iPhone. It very much seems like everything is already in place and just demanding to become a practical reality. Another good point is that Apple is working on enabling users to access iCloud with Face ID by introducing it to the MacBook, which would definitely speed up many more processes than just the login process.

In 2019, the focus was largely on 5G connectivity, which would enable the devices to stream games, and download videos within seconds for the likes of iCloud and Google Stadia. Unfortunately, 5G is exclusively available for smartphones for the most part. Mediatek and Intel are working together to develop laptops that are 5G-capable, but the expectation of it turning into a reality is not due till 2021. This implies that the chances of 5G support in the MacBook are unlikely to be high, but if Apple wants to sustain its image in the business, then it can surely explore the options in the upcoming years.

So, what benefits can you look forward to with 5G support on the MacBook Air? To this, MediaTek president Joe Chen says, “Consumers will be able to browse, stream and game faster on their PCs, but we also expect them to innovate with 5G in ways we have not yet imagined.”

Apple discontinued the production of the older MacBook Air in July 2019, after which the price was marked down from $1,576 to $ 1,445. Any further reduction in the price is very unlikely. Truth be told, it is not the cheapest Apple MacBook Air that has been ever sold. In 2015, the entry-level MacBook Air cost $1,116, and prices later dropped to $984. The MacBook Air 2020 is still expensive and the users are not even getting financial benefits from older MacBooks. Mentioned above are some of the MacBook Air drawbacks that users expect to see improved by 2021.

Another major negative point of the MacBook Air is its inability to stream or run video games efficiently. Users expect that the combination of 5G connectivity and a cloud streaming service such as Google Stadia can resolve this issue, which would also support continued productivity when Wi-Fi is not available.